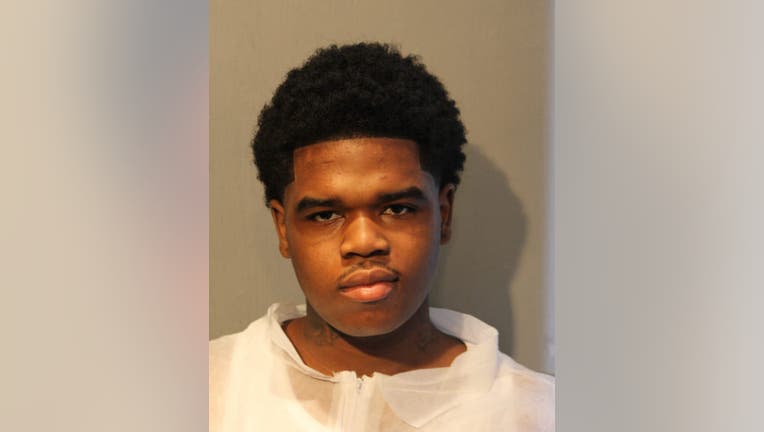 Thurman claimed he attacked Robinson in self defense after she came at him with a knife because he sent messages to other women on his cellphone. But he did not appear to have any injuries when responding Chicago police officers found him near his apartment, in the 4200 block of South Champlain Avenue, with blood on his hands and shoelaces, DeBoni said.

After stabbing Robinson, Thurman called 911 and told officers that a woman had tried to "kill him" with a knife, DeBoni said. When officers arrived, they found an unresponsive Robinson lying on the living room floor, DeBoni said.

Blood was spattered on the apartment’s walls and floors and on a bed sheet and comforter inside a bedroom, DeBoni said. There was also blood smeared on the bedroom door frame and in the hallway leading to the living room, where Robinson’s body was, DeBoni said.

Robinson "appeared to be making an attempt to escape the apartment" before Thurman killed her, DeBoni said.

Robinson had "defensive wounds" to her hands, slashes to her face and neck, a stab wound to her back that exited out of her chest, and a cut on her arm that went to the bone, DeBoni said.

Thurman told officers that he met Robinson on Facebook, although his defense attorney said the pair knew each other since sixth grade.

Thurman suffers from several mental health ailments, including schizophrenia and bipolar disorder, his lawyer said. Thurman has been hospitalized twice for his mental health issues within the last three months, the defense attorney added.

"With regard to his care, judge, he needs to go to a hospital," Thurman’s lawyer said. "His parents are prepared to take him directly to the hospital. If he can be released, the care that he is going to require right now, I don’t think the county can provide for him."

Thurman was ordered held in lieu of $300,000 bail. If he posts bond, Judge Charles Beach recommended that Thurman be placed on GPS monitoring. Thurman will only be allowed to be at his parents’ homes or the hospital if he is free on bond, Beach ordered.

Thurman is expected back in court May 7.