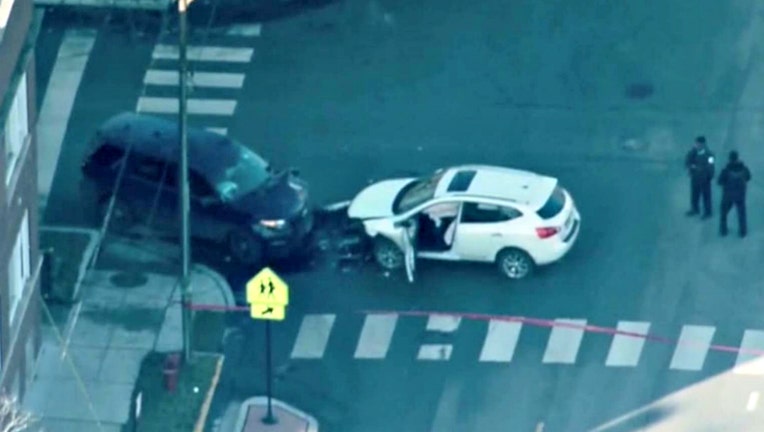 CHICAGO - A man crashed into a police car after he was shot in Englewood Tuesday on the South Side.

After the shooting, he tried to drive off in a stolen vehicle and crashed into an unmarked squad car, police said.

The man was taken to the University of Chicago Medical Center, where his condition was stabilized, police said.