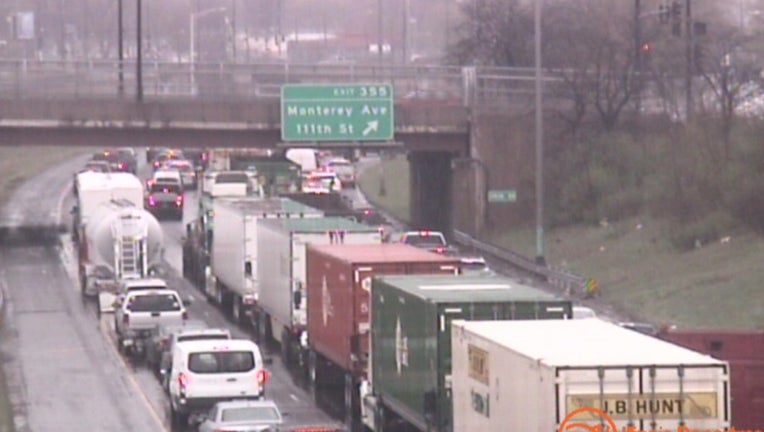 Traffic backed up past 111th Street after a man was shot on I-57 near Halsted Street on Thursday. | Illinois Department of Transportation

OAK LAWN, Ill. - A driver died after he was shot and then crashed into a light pole late Thursday morning on Interstate 57 near Halsted Street.

The man, 24, was shot by someone in another vehicle about 11 a.m. as he drove in the northbound lanes, according to Illinois State Police said in a statement.

He crashed into a pole and was taken in critical condition to Christ Medical Center in Oak Lawn, state police and fire officials said. He later died of his injuries, according to State Police.

All inbound lanes were closed at 111th Street until 2:15 p.m. for an investigation, state police said.