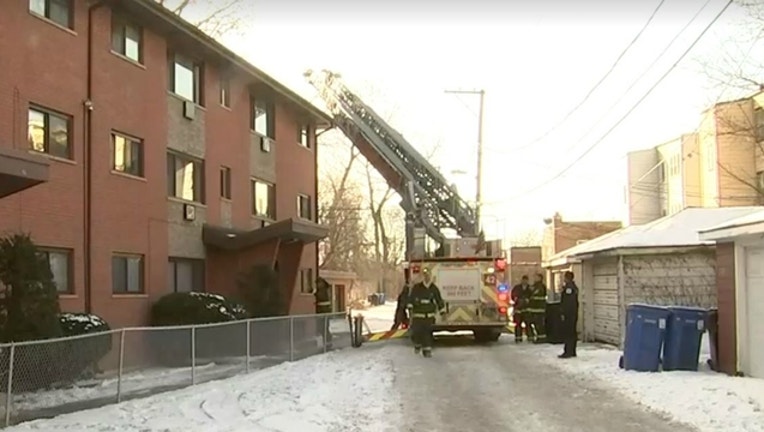 Two people were taken to hospitals after a fire Friday morning in the 900 block of East 86th Street. | Fire Media Affairs

CHICAGO (SUN TIMES MEDIA WIRE) - A man was killed and a woman was critically injured in a fire Friday morning in the East Chatham neighborhood on the South Side, fire officials said

Crews were called about the fire shortly before 9 a.m. in the 900 block of East 86th Street, according to Chicago Fire Department spokesman Larry Merritt. It was put out a short time later.

An elderly woman was taken to Trinity Hospital and a man was taken to University of Chicago Medical Center, both in critical condition, Merritt said. Their exact ages were not immediately known.

The man, thought to be in his 20s, was later pronounced dead, according to the fire department.

The Cook County Medical Examiner’s Office has not released information about the death.

The cause of the fire remained under investigation Friday, but officials said the home’s smoke detector was not working.