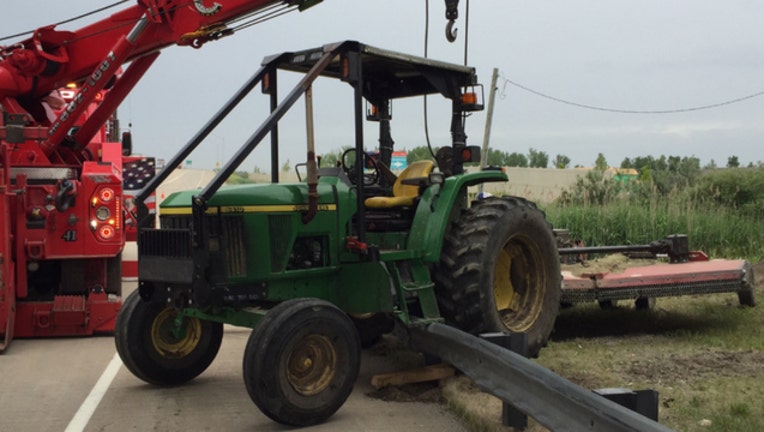 CROWN POINT, Ind. (SUN TIMES MEDIA WIRE) - A man died Thursday morning while mowing grass on the side of the highway in northwest Indiana.

Charles Sizemore, 55, was driving a 2000 John Deere tractor pulling a 15-foot mower about 11:15 a.m. southbound facing northbound traffic on the east side of Interstate 65 about two miles north of the Crown Point exit, when he lost consciousness for an unknown reason, according to Indiana State Police.

His tractor and mower went up the embankment, then down, and hit the guard rail under the 113th Street overpass, police said. Sizemore was wearing a seat belt at the time of the crash, but his face hit the steering wheel.

Sizemore, who lived in the 9000 block of Pipe Creek Road in Metamora, Indiana, was taken to South Lake Methodist Hospital in Merrillville, where he was pronounced dead at 11:51 a.m., according to the Lake County coroner’s office. He suffered blunt force trauma to the back and his death was ruled an accident.

Police said Sizemore was part of a crew that was sub-contracted by the Indiana Department of Transportation for mowing multi-lane roads in northwest Indiana. His equipment was owned by Linkel Company out of Batesville, Indiana.