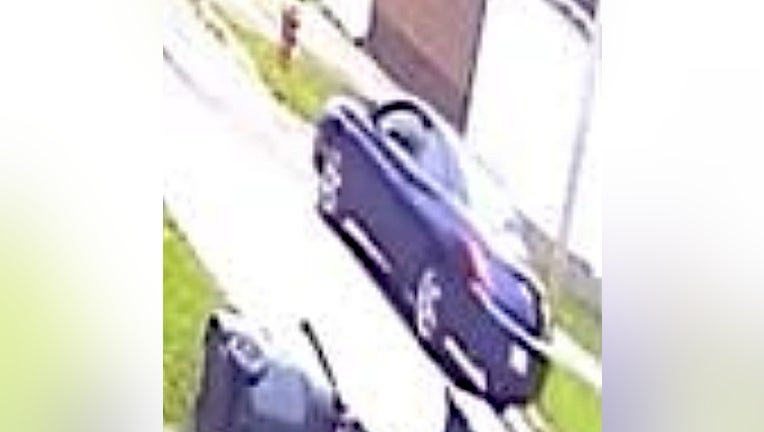 Surveillance video shows a vehicle that police say a man drove off in Oct. 22, 2019, after exposing himself to a child in Zion. | Zion police

ZION, Ill. - Police are looking for a man who exposed himself to a child Tuesday afternoon in north suburban Zion.

The 12-year-old was walking home from Zion Central Middle School about 3:30 p.m. when he encountered the man near 24th Street and Horeb Avenue, Zion police said in a statement.

After the man exposed himself, the child ran home and reported the incident to a relative, police said.

The suspect is described as between 40 and 50 years old with a red or blonde beard and hair, police said. He drove off in a blue, 2-door vehicle with rust on it.