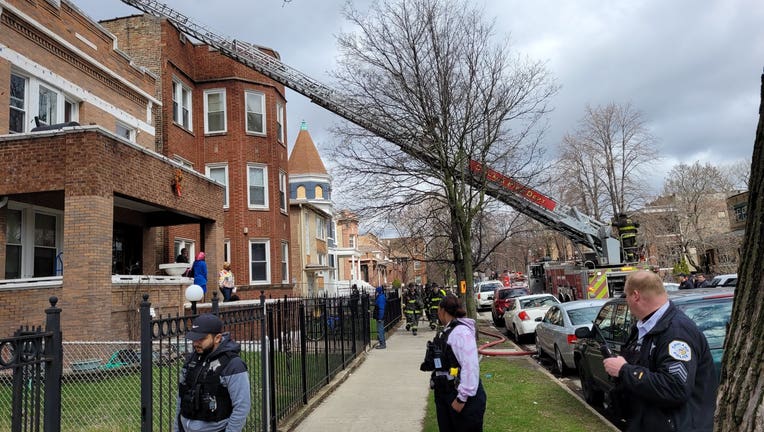 CHICAGO - A man was shot and killed Wednesday morning steps away from a burning apartment in the Gresham neighborhood on Chicago's South Side.

The 37-year-old was found with a gunshot wound to the head around 10:49 a.m. in the 7800 block of South Sangamon Street, according to police.

He was pronounced dead at the scene, police said. The Cook County Medical examiner's office has not yet identified him.

Around the same time, Chicago firefighters were battling a fire at a three-story apartment building in the same block.

The fire was extinguished around 11:30 a.m. and there were no reported injuries, according to CFD.