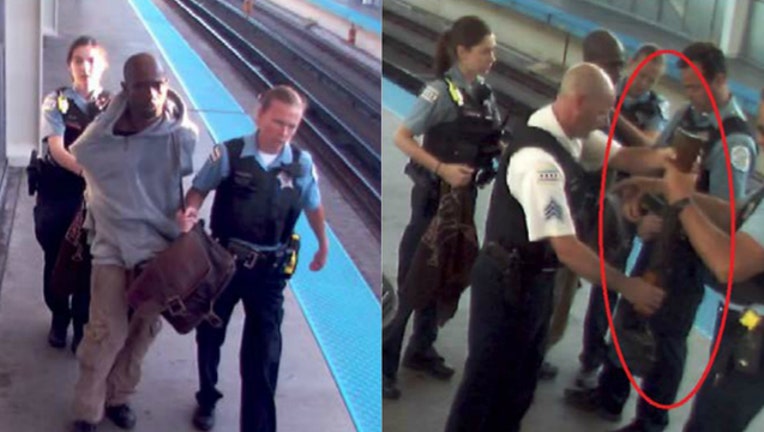 CHICAGO (Sun-Times Media Wire) - A man has been sentenced to 6 years in prison for strapping a rifle to his chest and attempting to sneak it onto a North Side CTA platform.

Jordan Watkins, 31, was on parole on July 29, 2017 when he brought a loaded rifle on the Belmont station’s platform at 945 W. Belmont Ave., the U.S. attorney’s office of the Northern District of Illinois said in a statement.

Chicago police said he was carrying an AK-47.

Watkins was also carrying a messenger bag with two 30-round magazines, one of which had four rounds, prosecutors said.

Someone called 911 to report a man who “had a gun on him and like a really big clip,” prosecutors said. Police responded at 6:23 a.m. and arrested Watkins on the southbound platform.

Watkins, who lives in the West Garfield Park neighborhood, was on parole for 2013 convictions of armed robbery and possession of a controlled substance, according to the Illinois Department of Corrections. He was released from prison in August 2016.