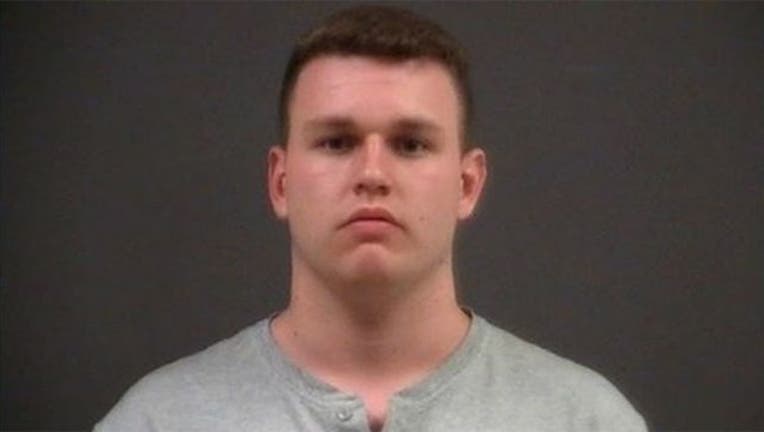 CHESTERFIELD, Va. (AP) - A Virginia judge decided not to impose any active prison time for a 19-year-old man who prosecutors say tied up a 14-year-old girl and sexually assaulted her after they attended a school play.

The Richmond Times-Dispatch reports that in January, Chesterfield Circuit Judge T.J. Hauler sentenced Logan Osborn to 10 years in prison with eight years suspended. But in January and again Wednesday, Hauler stayed execution of the two-year active term, noting that guidelines called for no incarceration.

Osborn pleaded guilty to having carnal knowledge of the girl in an agreement in which prosecutors wouldn't pursue a forcible sodomy indictment.

Osborn's attorney says it was consensual, but prosecutor Erin Barr says at 14, the girl couldn't legally consent to sex.

Barr said the family is disappointed Osborn will serve no prison time.

Osborn, who will be required to register as a sex offender, lost an academic scholarship to study chemistry at the University of Mary Washington because of the conviction.

Prosecutors said Osborn forced himself on the victim after getting her alone and tied a belt around her neck and hands before the assault.

Osborn's attorney has described the sexual encounter as consensual and said that a series of text messages the girl and Osborn exchanged "supports his version of the facts."

According to evidence in the latest case, Osborn and the victim met for the first time at a prom. One week later, on April 28, 2017, they attended a play together at Cosby High School at Osborn's invitation.

The play ended earlier than expected, and Osborn and the girl went for a walk. Chesterfield prosecutor Erin Barr said Osborn led the girl down a path from where people were gathered for a sporting event. The path ended at a fence. Barr said Osborn pushed the victim to her knees and tied a belt around her neck and hands before forcing her to perform a sex act.

When it was almost time for the girl's mother to pick her up, Osborn untied the victim and let her up. She quickly walked back to the school and spoke with her mother by video chat, the prosecutor said.

Upon seeing her daughter, the mother knew something was wrong. Osborn followed the girl back to the school and then left for home, Barr said.

The girl's mother immediately questioned her about what happened. The girl told her mother on the way home what Osborn did, and the family called police and took her to St. Mary's Hospital for a forensic exam, the prosecutor said.