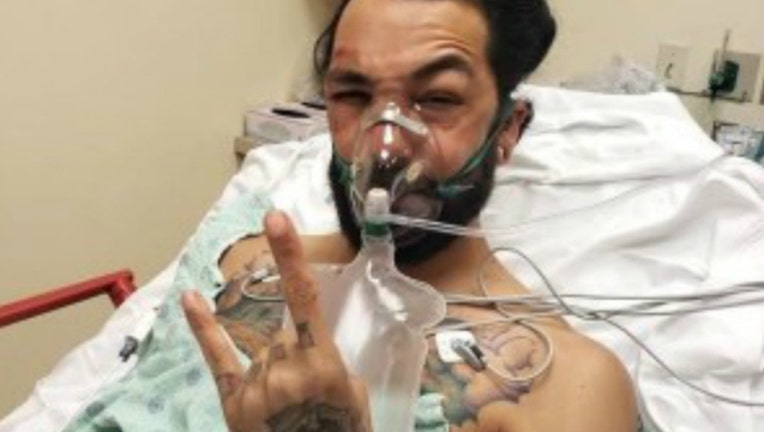 CHICAGO - A man struck by a wrong-way electric scooter rider in Wicker Park is turning to Cook County circuit court to find the person who hit him.

Allyson Medeiros, a 32-year-old tattoo artist, received 20 stitches and was treated for “a dangerous amount of air in his chest cavity,” a broken nose, a broken jaw and other injuries from the crash, according to his fundraising page.

Medeiros was biking home from work about 5:30 p.m. on June 20 when he was struck by an electric scooter rider traveling on the wrong side of the road in the 1200 block of North Leavitt Street, his lawyer Bryant Greening said in a statement. The scooter rider left the scene.

Medeiros filed a lawsuit Monday in circuit court to force all 10 Chicago e-scooter companies to turn over data related to people riding scooters at the time of the crash. He plans to use the information to prosecute “the negligent company and rider,” according to the statement.

“The responsible parties must be held accountable, including covering the costs of the medical bills, lost wages and pain,” Greening said in the statement. He said Medeiros has had multiple surgeries and owes thousands of dollars in medical care.

Medeiros was involved in the crash five days after 2,500 electric scooters were introduced to city streets on June 15 as part of a pilot program.