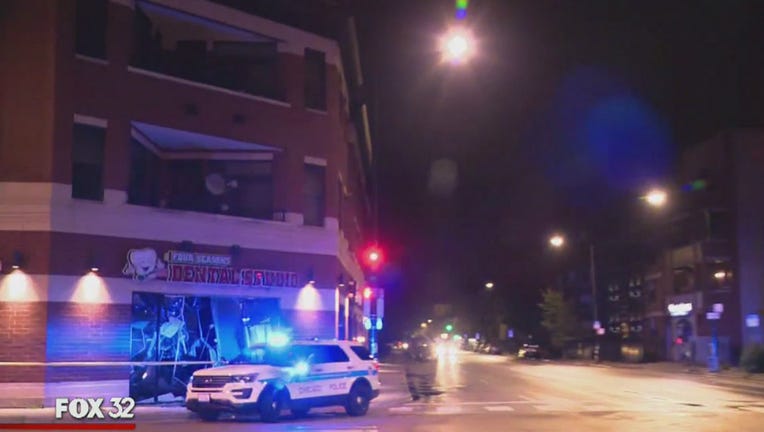 CHICAGO - One person was injured after a vehicle crashed into a building Friday in Budlong Woods on the North Side.

The driver of a 2019 Volkswagon Passat was eastbound about 2:30 a.m. in the 2400 block of West Foster Avenue when shots rang out, Chicago police said. This caused the driver to strike the front doors of a commercial building, but no one was struck by bullets.

A 25-year-old man who was in the vehicle was taken to Swedish Covenant Hospital with non-life threatening injuries, police said. The driver ran off.