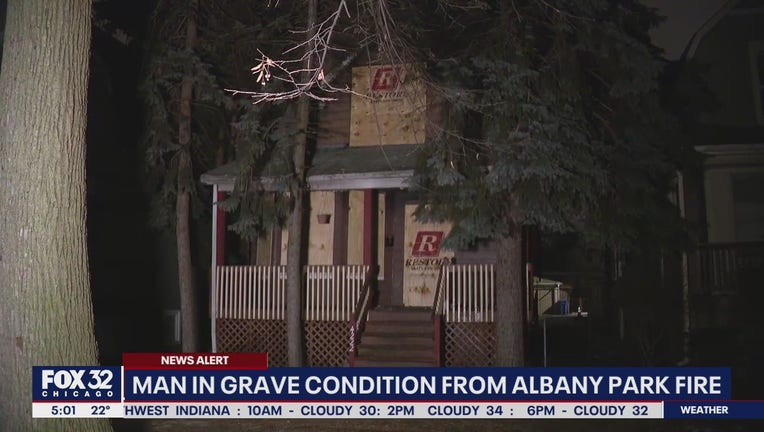 CHICAGO - A 60-year-old man was gravely injured in a fire Sunday at a home in Albany Park on the Northwest Side, officials said.

Firefighters responded to the blaze about 7:40 p.m. at a two-story home in the 4200 block of North Monticello Avenue, Chicago fire officials said.

Crews found the man inside and pulled him out, fire officials said. He was taken to Swedish Covenant Hospital in "grave" condition.

The cause of the fire was under investigation.