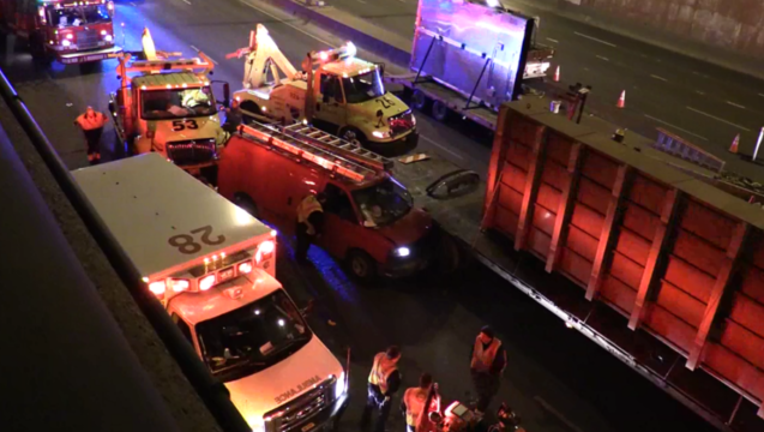 (SUN TIMES MEDIA WIRE) - A man was injured in a crash early Thursday in a construction zone on the Kennedy Expressway downtown.

The crash between a truck and a minivan happened at 1:37 a.m. in the outbound lanes of I-90/94 near the Hubbard Street overpass, according to Illinois State Police.

The 35-year-old man driving the minivan was pinned inside the vehicle and had to be extricated. He was taken to serious-to-critical condition to Northwestern Memorial Hospital, said Fire Media Affairs Chief Juan Hernandez. Police said his injuries were not thought to be life-threatening. No other injuries were reported.

All lanes of the expressway were closed to traffic for about 10 minutes after the crash, police said.