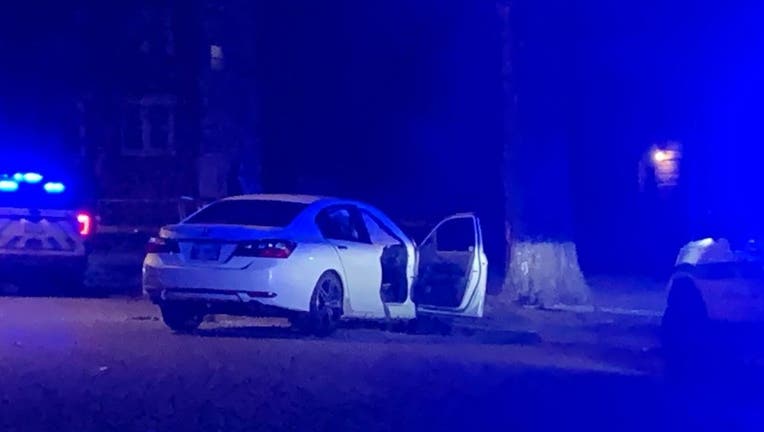 One man was killed and another was critically wounded in a shooting Feb. 20, 2020, in the 4400 block of West Congress Parkway. | Sam Kelly/Sun-Times

CHICAGO - One man was killed and another was critically injured in a shooting Thursday in West Garfield Park on the West Side.

The men, 21 and 23, were in a westbound car at 11:29 p.m. when someone started shooting at them from the sidewalk in the 4400 block of West Congress Parkway, according to Chicago police.

The older man was hit in the chest and taken to Stroger Hospital, where he was pronounced dead, police said. The Cook County medical examiner’s office has not released details about the death.

The 21-year-old was hit in the leg and taken to Stroger in critical condition, police said.

A police helicopter circled overhead as officers examined a white car that had crashed on Congress Parkway, airbags deployed and shattered glass littering the pavement.

One man, who declined to be named, said he was pulling up to his home on the block when he saw a male running around the car saying someone was shot.