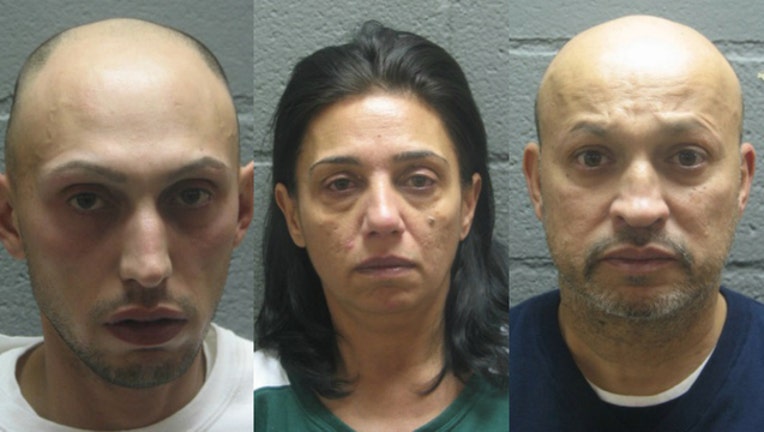 SUN-TIMES MEDIA WIRE - A man and his parents have been charged in connection with a ruse burglary in November in west suburban Leyden Township.

About 12:30 p.m. Nov. 23, a man who claimed he was a construction worker fixing a fence lured a 76-year-old woman into the back yard of her home in the 3000 block of Rhodes Avenue in Melrose Park, according to the Cook County sheriff’s office.

While the woman was distracted, someone else entered the home and stole jewelry and cash, police said. The man who posed as a construction worker was identified by sheriff’s deputies and members of an Illinois State Police ruse burglary task force as Walter M. Reed, 29, of Arlington Heights. He was taken into custody Jan. 4.

Reed was charged with a felony count of residential burglary/false representation and ordered on electronic monitoring at a bond hearing Jan. 5 in Maywood, police said.

While at the hearing, detectives saw a white, four-door 2012 Nissan Altima with mismatched registration in the courthouse parking lot, police said. The vehicle was reported stolen from Lynn, Massachusetts, and it was identified by the ruse burglary victim as the one Reed left her home in after the burglary.

A man and woman inside the vehicle were taken into custody and identified as Walter Reed’s parents, police said. Michael J. Johnson, 50, and Apple Reed, 47, were each charged with misdemeanor counts of criminal trespass to a vehicle.