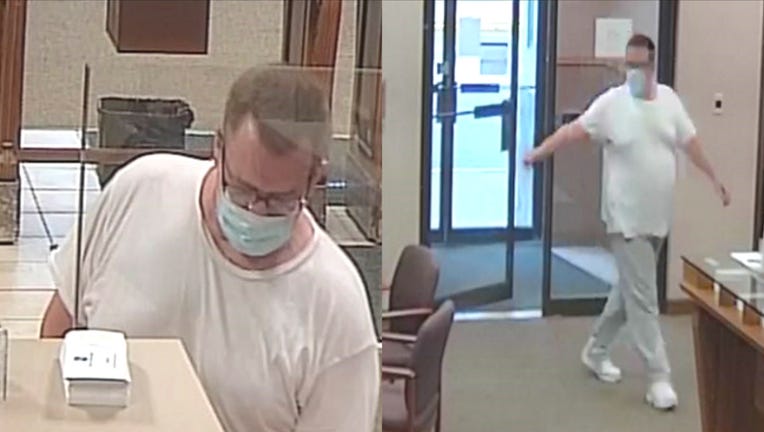 The man did not show or imply a weapon when he robbed the Fifth Third Bank branch at 34 S. Broadway, near Downer Place, according to Aurora police and the FBI.

Officers responded about 3:30 p.m. and searched the area, but couldn’t find a suspect, police said.

The suspect is about 45 years old, 6 feet tall, and wore a sweaty white t-shirt with gray sweatpants and white sneakers, according to the FBI.