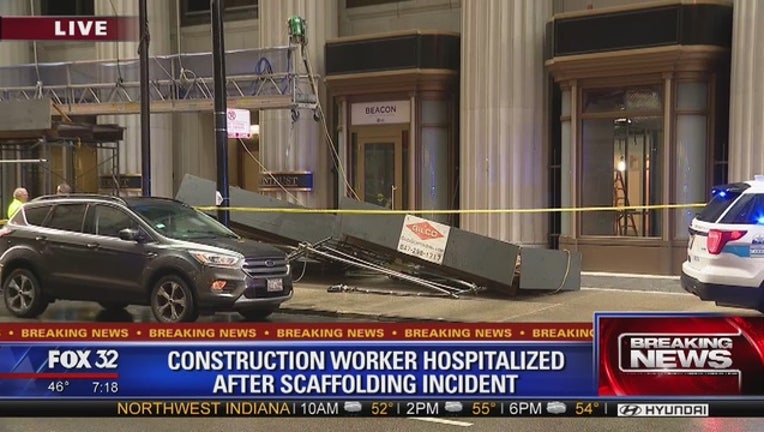 CHICAGO (SUN TIMES MEDIA WIRE) - A man was seriously injured Tuesday after some scaffolding collapsed on top of him in the Loop.

The 10-foot-tall scaffolding fell at 5:22 a.m. in the 100 block of West Jackson Boulevard, injuring the 40-year-old’s back and chest, the Chicago Fire Department and Chicago police said. The man told police he was waiting for a package and moved a scaffolding brace to make space for it, causing the structure to collapse.

The man was rushed to Northwestern Memorial Hospital in serious condition, the fire department said. He has since been stabilized.