CHICAGO - A man was fatally shot Thursday in Chatham on the South Side, according to police.

He was sitting in a vehicle in the drive-thru of a Walgreens about 9:45 p.m. in the first block of East 75th Street when someone in a black sedan opened fire, Chicago police said.

The 27-year-old was struck in the head and pronounced dead at the scene, police said.

A female in the passenger seat was taken to St. Bernard Hospital with minor injuries from cuts due to broken glass, police said.

No arrests have been reported. Area South detectives are investigating. 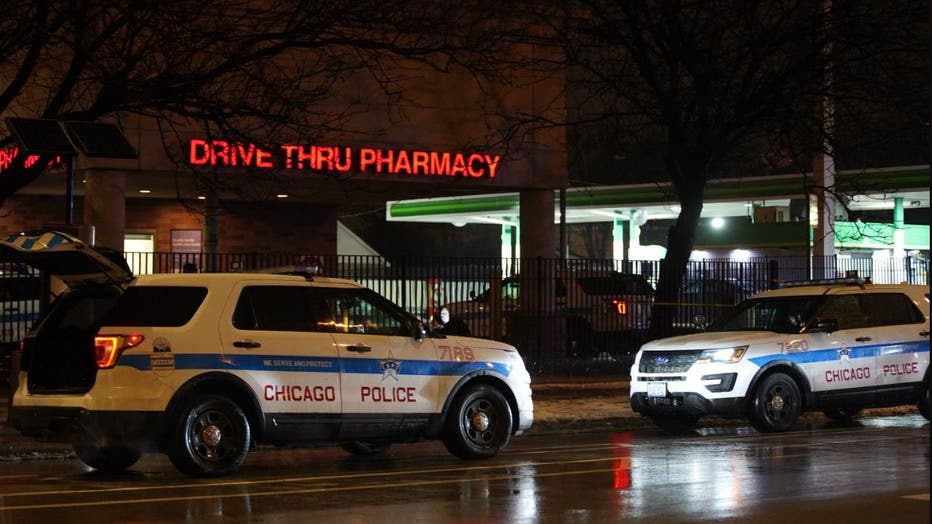 Chicago police investigate the scene where a man was shot and killed, Jan. 23, 2020, at a Walgreens in the first block of East 75th Street. | Sam Kelly/Sun-Times