CHICAGO - An alleged gunman was shot and killed by Chicago cops Monday night in Pilsen after he allegedly opened fire on the officers, striking a police car.

Hours after the shooting unfolded in the 1300 block of West 19th Street, police Tuesday morning said the suspect had been pronounced dead.

Officers responded at 10:45 p.m. to a call of a “suspicious person” and found five people on a sidewalk, Deputy Chief Daniel O’Shea said Tuesday at the scene. 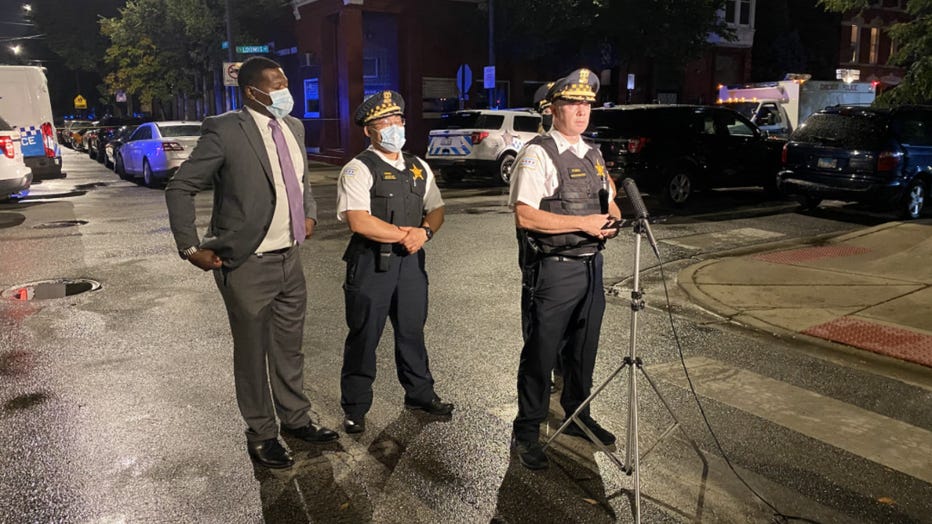 Chicago police deputy chief Daniel O’Shea addresses media on the scene where officers shot a man during a shootout and took two other people into custody in the 1300 block of West 19th Street.

The officers returned fire, striking one suspect in the back of his head, O’Shea said. He was taken to Stroger Hospital in critical condition, but was later pronounced dead.

He was a father of two children, according to an online fundraising page set up in his name.

His family pushed back on the CPD’s version of events, saying, “Neighbors and people who witnessed the crime first hand are coming forward and have contradicting versions as to what really happened.”

Two people were arrested after the encounter, but they were later released from custody, police said Tuesday. 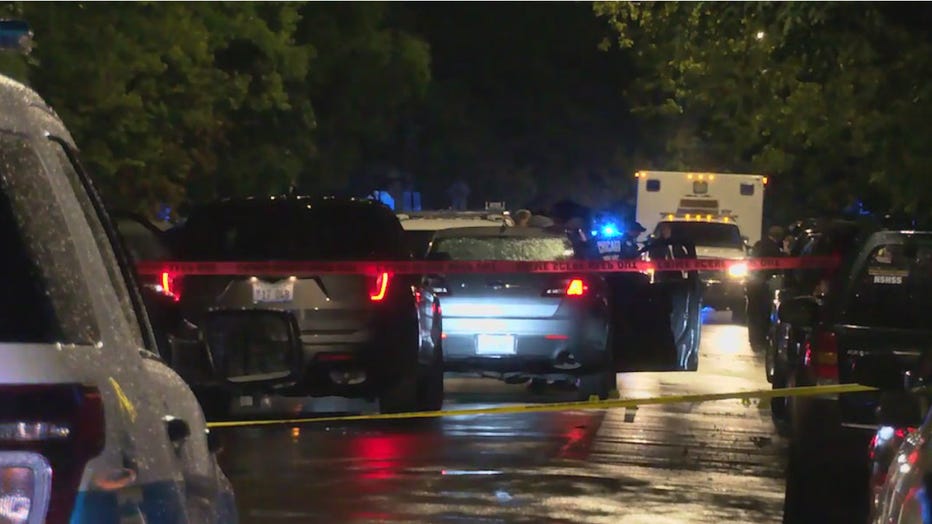 Police shared a photo of the allegedly shooter’s handgun, which appeared to have an extended magazine.

No officers were struck by gunfire.

The shooting comes a day after two officers were shot after being ambushed by a man who allegedly hid in the trunk of his car during a West Side traffic stop.

The officers involved will be placed on administrative duties for 30 days, police said.