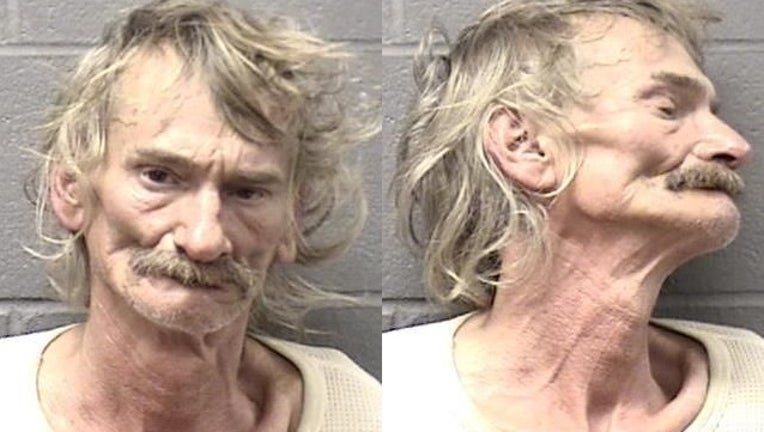 ELGIN, Ill. - A 58-year-old man allegedly started a fire inside an Elgin business Wednesday before he sprayed lighter fluid in a police officer’s face and tried to set ablaze a squad car, prosecutors said.

David E. Bruce faces felony counts of aggravated arson, battery, assault of an officer and criminal damage to property, according to a statement from the Kane County state’s attorney’s office.

Bruce allegedly entered a store about 4:45 a.m. in the 400 block of South McLean Boulevard and set fire to several products with lighter fluid, prosecutors said. A Shell Gas station is the only 24-hour business located on that block.

An officer arrived, extinguished the fire and tried to speak with Bruce outside, but Bruce allegedly sprayed the flammable liquid in the officer’s face and eyes, prosecutors said.

Bruce then allegedly took out a can of spray paint and threw it at the officer’s shin, prosecutors said.

Another officer arrived and ordered Bruce to the ground, but he allegedly refused and began to spray lighter fluid on the hood of the squad car and tried to light it, prosecutors said.

He was arrested at the scene, prosecutors said. The injured officer was treated and released from a hospital.

Bruce’s criminal history includes a trespassing charge from February and a felony forgery charge from 2009, according to Kane County records.