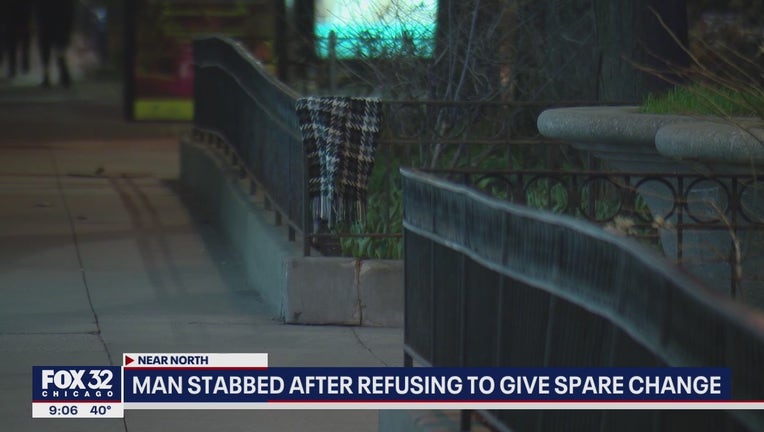 CHICAGO - A man is accused of stabbing another man who refused to hand over his property and spare change Sunday along the Mag Mile.

Reed allegedly approached a 52-year-old man about 4:20 p.m. in the 700 block of North Michigan Avenue and demanded the man’s property, police said.

The man was taken to Northwestern Memorial Hospital in serious condition, police said.

Reed was taken into custody minutes later in the 100 block of East Superior Street, police said.