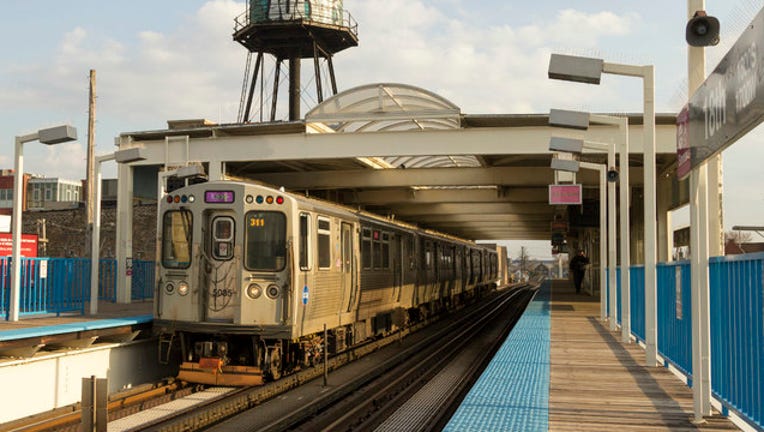 CHICAGO (Sun-Times Media Wire) - A man was struck by a Pink Line train early Friday after his skateboard rolled off the platform and he climbed onto the tracks to get it.

The 20-year-old was struck by the Pink Line train shortly before 2 a.m. at the 18th Street station, 1710 W. 18th St., according to Chicago Police News Affairs Officer Laura Amezaga.

He suffered lacerations to his left shoulder and abrasions to his legs, but was talking and was able to walk to the ambulance, Amezaga said.

The man was wearing earbuds when his skateboard rolled off the platform and he couldn’t hear the train approaching when he climbed onto the tracks, said Chicago Fire Department Cmdr. Curtis Hudson. He was struck by the train and taken in fair-to-serious condition to Stroger Hospital.

Pink Line trains were temporarily halted in the area, but were on the move again by 2:05 a.m., the CTA reported.