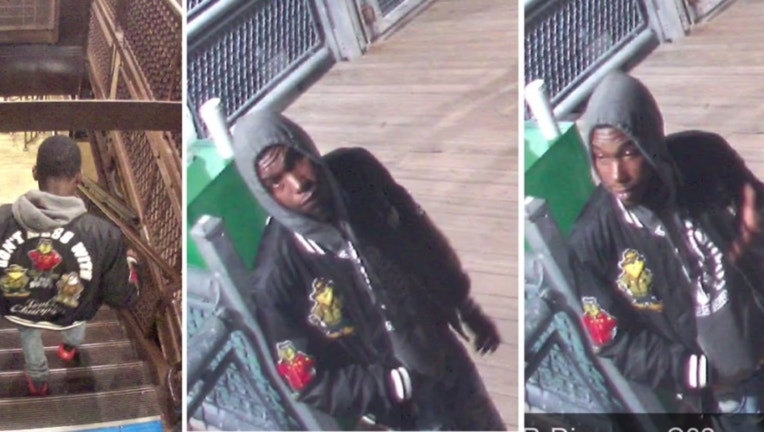 CHICAGO - Chicago police are asking for help identifying a man believed to be responsible for a strong armed robbery Sunday near the Quincy Brown Line station on the Near West Side.

About 10:40 p.m., the man followed a Brown Line passenger as he exited the station, approached him in the 200 block of West Adams Street and attacked him from behind before fleeing with his property, Chicago police said.