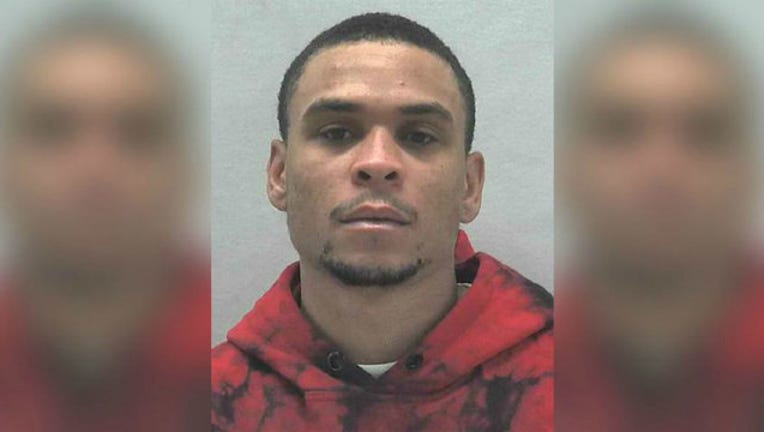 Police are searching for Ryan Christian Turner of Hammond Indiana, who was charged with attacking two people with a machete early Saturday outside of a Flat Rock Tavern. | Hammond police

HAMMOND, Ind (Sun-Times Media Wire) - A northwest Indiana man who was wanted for attacking two people with a machete outside a tavern in Hammond has been captured.

Just before 2 a.m. on Dec. 9, officers responded to Flat Rock Tavern in the 6700 block of Calumet Avenue for a report of someone who was attacked, according to a statement from Hammond police.

A 26-year-old woman and a 25-year-old man told officers they were standing outside of the tavern when a man approached them and asked a question, police said. The man then pulled out a machete and began to attack both victims before running away.

Officers tracked the man to a nearby home through his footprints in the fresh snow that had fallen, police said. Investigators then interviewed witnesses and identified the suspect as 25-year-old Ryan Christian Turner.

Turner was charged with 5 counts of felony battery, police said.

U.S. Marshals conducted a traffic stop Monday evening in downstate Mount Vernon and located Turner hiding in the back seat of a vehicle, police said.

He was taken into custody without incident and is awaiting extradition to Indiana.