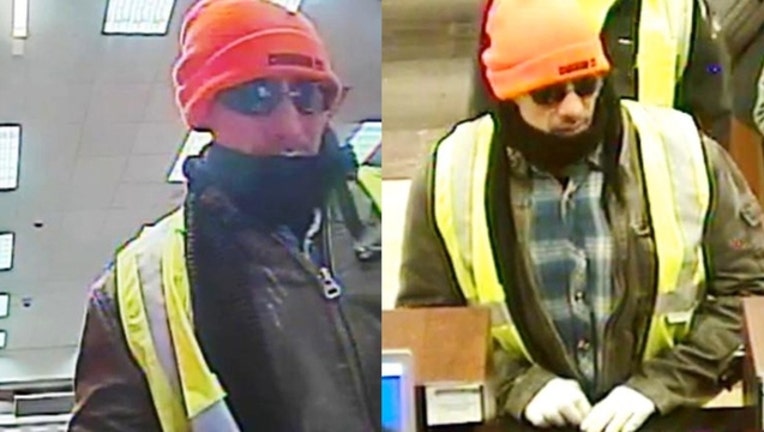 Surveillance photos of a man who robbed a Bank of America branch Monday afternoon in Mount Prospect. | FBI

The man entered the Bank of America branch at 1080 Elmhurst Rd. about 3:15 p.m. and handed the teller a note demanding money, according to the FBI and Mount Prospect police. The teller gave him cash and he left the bank.

He did not display a weapon or imply he had one, and no injuries were reported, authorities said.

The suspect was described as a white man between 30 and 40 years old, standing between 5-foot-8 and 5-foot-9 and weighing 180-185 pounds with a medium build and scruffy beard, the FBI said. He was wearing an orange stocking cap, dark sunglasses, dark scarf, neon yellow construction vest over a dark hoodie, and white knit gloves.