CHICAGO - A man killed two of his roommates and critically wounded a third earlier this week at their Back of the Yards home because he believed they were plotting to have a neighborhood gang murder him, Cook County prosecutors said Thursday.

Jesus Hernandez, 59, first confronted his roommate, Marcos Beltran shortly after 7 a.m. Tuesday in a bedroom on the first floor at the building they were living at in the 4900 block of South Marshfield Avenue, prosecutors said.

Hernandez accused Beltran, 39, of plotting "to have other gang members kill him" and then shot Beltran in the back and in the head, Assistant State’s Attorney James Murphy said in court.

About 15 minutes later, Hernandez confronted another roommate, Julio Inglesia, 42, as he stood near a bathroom at the home and made similar accusations and then shot him in the chest, shoulder and head, Murphy said.

A short time later, a third roommate came home and was also confronted by Hernandez, who made the same accusations and shot the 28-year-old four times, Murphy said.

That roommate managed to run to Hernandez’s bedroom and shut the door, which Hernandez tried to kick down, and was forced to climb out a window to escape to a rooftop below, Murphy said.

A person living in the attic of the building heard the gunshot and called the landlord, Murphy said. The 28-year-old called 911 and also called out to someone at a nearby mechanic’s shop to call police. 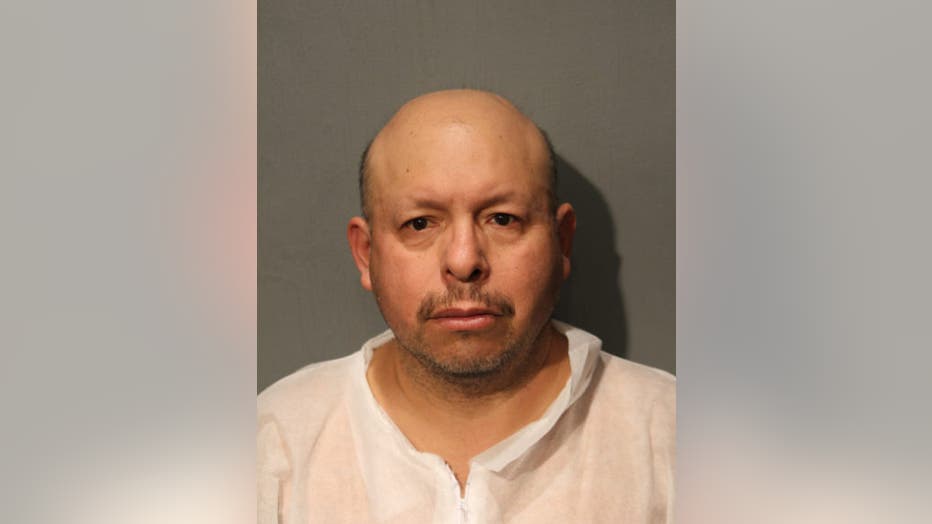 Hernandez had left the building by the time police arrived, but they found five spent .32-caliber shell cases in his bedroom, along with a vaccine card and ID, Murphy said.

The roommate who survived was taken to a hospital in critical condition and underwent surgery, Murphy said. He allegedly identified Hernandez as the man who shot him.

Hernandez was taken into custody the same day and both of his hands tested positive for gunshot residue, prosecutors said.

In a video-recorded interview with detectives, Hernandez allegedly admitted to shooting the three men and said he had moved into the building about three months earlier.

Hernandez said his roommates were "familiar with the gangs in the neighborhood" and said he shot the men after confronting them because they were "lying" when they denied being involved in a plot against him, Murphy said.

Hernandez said none of the victims were armed at the time of the shooting and that he threw his gun in the garbage in an alley afterwards, Murphy said.

Hernandez has previous convictions for domestic battery and voluntary manslaughter, prosecutors said. Details of the cases were not available.

He is expected back in court March 15.