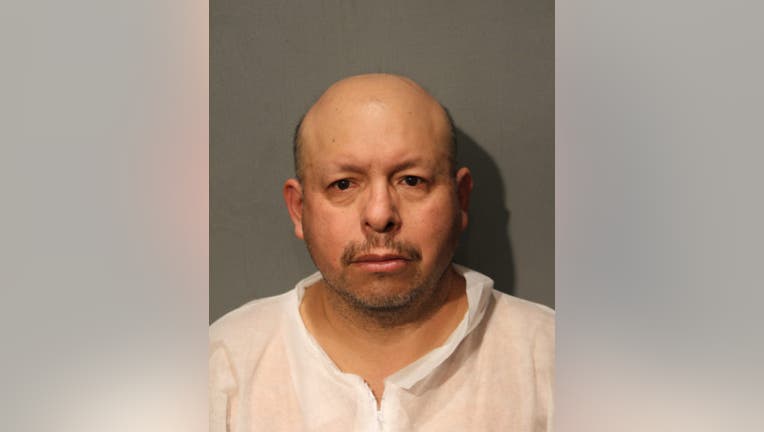 CHICAGO - A man has been arrested in connection to the murder of two in Chicago on Tuesday.

On Tuesday, in the 4900 block of South Marshfield – Chicago's Back of the Yards neighborhood – Jesus Hernandez, 59, was arrested just hours after a 42-year-old man and 39-year-old man were fatally shot in a residence in a home.

A third man, 28, was critically wounded in the shooting, with gunshot wounds to the chest, shoulder and back, police said.

He was taken to the University of Chicago Medical Center where he was listed in critical condition, police said.

2 shot dead, 1 critically wounded in Chicago's Back of the Yards neighborhood

Chicago police are investigating after two people were found dead inside a home in the Back of the Yards neighborhood early Tuesday morning.

He is due in central bond court on Thursday