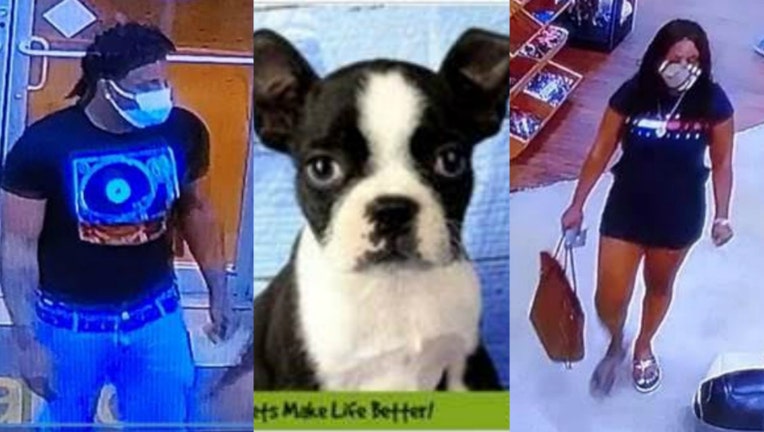 Police say this puppy was stolen from a Petland in Naperville on July 31, 2020. | Naperville police

NAPERVILLE, Ill. - Naperville police are searching for two suspects who allegedly stole a 10-week-old puppy last week from a pet store in the west suburb.

A $1,000 reward is being offered by Naperville Crime Stoppers for their capture.

One person distracted employees while another removed the dog from a restricted area of the store, police said. They left in a white car, possibly a Jeep Cherokee.