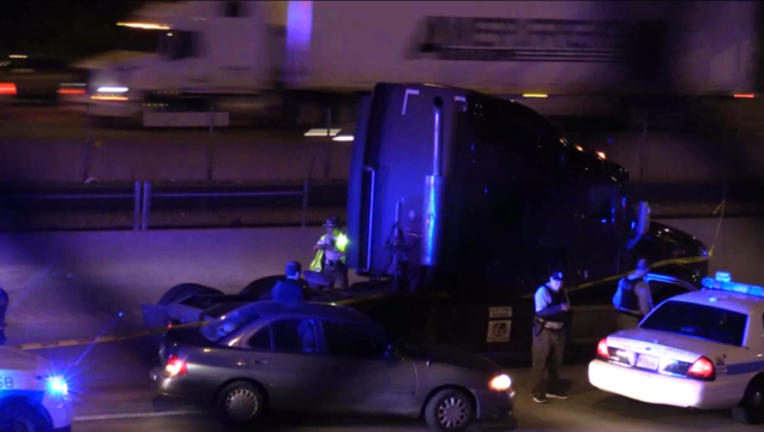 A man was shot while driving on the Dan Ryan late Thursday. It was the third shooting on a Chicago expressway in less than a week. | NVP News

CHICAGO (SUN TIMES MEDIA WIRE) - A man was shot in the face while driving on the Dan Ryan Expressway on the South Side late Thursday.

The 68-year-old man was shot in the face about 11:50 p.m. while driving a semi tractor in the northbound lanes of the expressway between 87th and 95th streets, according to Illinois State Police.

No one witnessed the shooting, but observers told police they saw the semi veering left to right in the middle left lane of the expressway. The driver stopped in the lane and got out before emergency crews arrived, police said.

He was taken to Advocate Christ Medical Center in Oak Lawn in critical condition, police said.

He was the only person inside the vehicle when the shooting occurred, police said.

Three lanes of the expressway between 87th and 95th were temporarily closed early Friday as police investigated.

The Dan Ryan shooting was the third on a Chicago expressway since early Sunday and the 20th since the start of 2016.