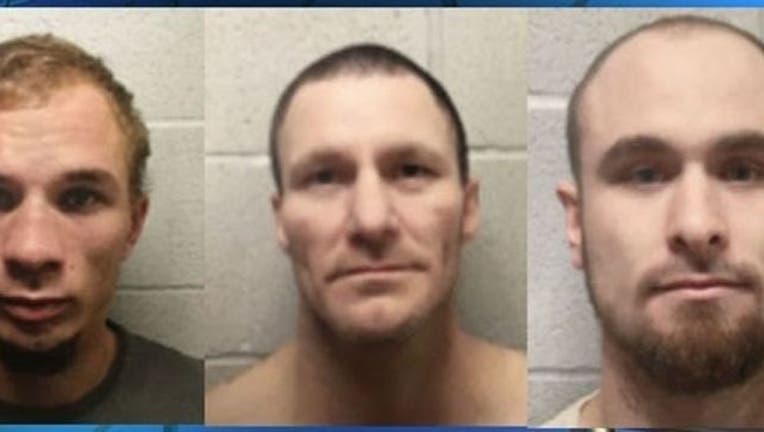 (FoxNews.com) - A manhunt is underway after three men with long rap sheets busted out of an Oklahoma county jail.

Brian Allen Moody, 23, Sonny Baker, 41, and Mark Dwayne Robbins, 23, escaped through the ventilation system of the Lincoln County jail in Chandler around 11 p.m. Thursday, according to reports.

They stole two pick-up trucks and found a handgun in a one vehicle and a debit card in the other.

Authorities say the escapees then drove 50 miles from Chandler to Midwest and stopped at a 7-11 where they used the debit card.