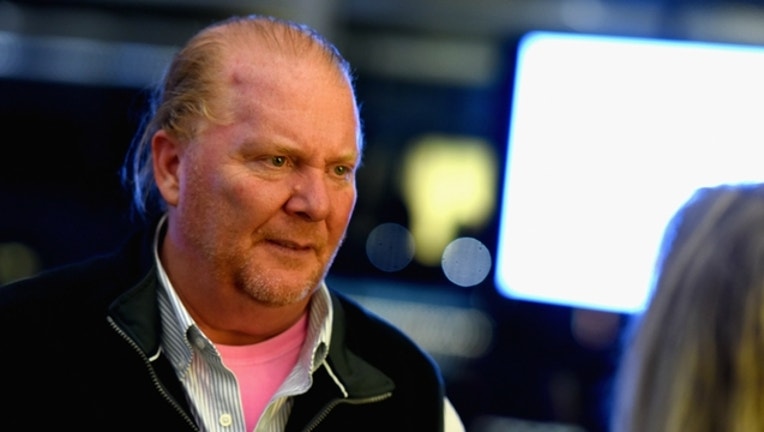 FOX NEWS - Mario Batali has stated that he will “step away from the day-to-day operations” of his restaurant empire following allegations of sexual misconduct — and ABC has also confirmed that he's been asked to leave "The Chew" for the time being.

The celebrity chef, 57, has been accused by four women of inappropriate behavior in the workplace and elsewhere, including grabbing and groping three of his female employees, and even grabbing a fellow chef who approached him at a New Orleans wine auction ten years ago, Eater NY reported on Monday morning.

The four women have declined to reveal their names, but the latter accuser claimed that Batali groped her breasts after she spilled wine on her chest, while saying something to the effect of “Let me help you with that.” The woman also alleges that Batali had been under the influence of alcohol at the time, and that just prior to the incident, he came off as “creepy” and “icky,” Eater reports.

The other three accusers were all employed by Batali at one time or another, and shared similar stories of Batali’s behavior with Eater. One woman says he approached her from behind and held her against himself; another says she was groped and made to “straddle” Batali; and the last, who had already stopped working for the chef, says he also grabbed her breasts.

Batali, who is married to wife Susi Cahn, has since released a statement apologizing for his actions, in which he takes “full responsibility” for the inappropriate behavior.

“I apologize to the people I have mistreated and hurt,” said Batali in a statement obtained by Eater. “Although the identities of most of the individuals mentioned in these stories have not been revealed to me, much of the behavior described does, in fact, match up with ways I have acted. That behavior was wrong and there are no excuses. I take full responsibility and am deeply sorry for any pain, humiliation or discomfort I have caused to my peers, employees, customers, friends and family.

“I have work to do to try to regain the trust of those I have hurt and disappointed. For this reason, I am going to step away from day-to-day operations of my businesses. We built these restaurants so that our guests could have fun and indulge, but I took that too far in my own behavior. I won’t make that mistake again. I want any place I am associated with to feel comfortable and safe for the people who work or dine there.