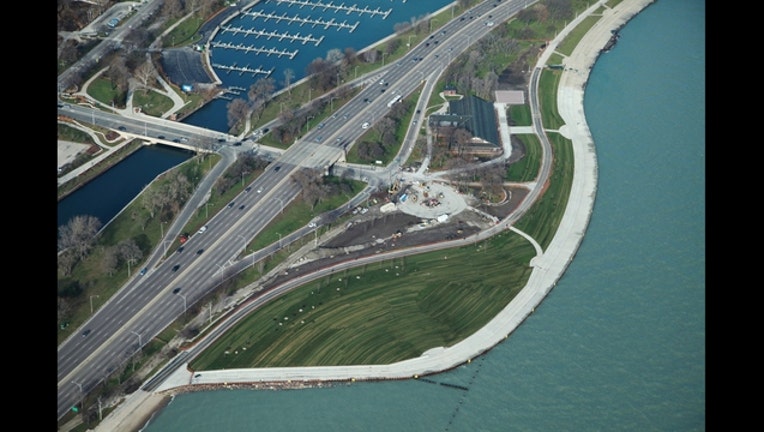 CHICAGO (FOX 32 NEWS) - Mayor Rahm Emanuel and a handful of other state and federal officials opened a new section of lakefront on Wednesday, officially completing a shoreline restoration project at Fullerton Avenue Beach.

The $32 million project converted a failed beach cell into 5.8 acres of new park land along the shoreline. The existing lakefront trail was split in the process, offering separate routes for bicyclists and pedestrians.

“Chicago’s shoreline and its lakefront paths are some of the most unique and enjoyable assets the city offers to residents and visitors. Today’s opening is the latest example of the federal and local government working together to build the infrastructure needed to keep the lakefront trail protected and accessible,” Sen. Dick Durbin said in a press release. “More pedestrians, runners, and cyclists will now be able to use the lakefront in a safer way than ever before."

Emanuel called the shoreline trail the "recreational heart" of the lakefront.

"Creating new green space and allowing for safer and easier access to our natural resources has been part of my work since I was first elected to Congress,” Emanuel said in a statement. “This ongoing partnership between the federal government and the City improves and protects Chicago’s shoreline, allowing for an expansion of Lincoln Park and creation of split Lakefront paths on this busy shoreline park.”

The project was paid for by the Chicago Park District and the City of Chicago.