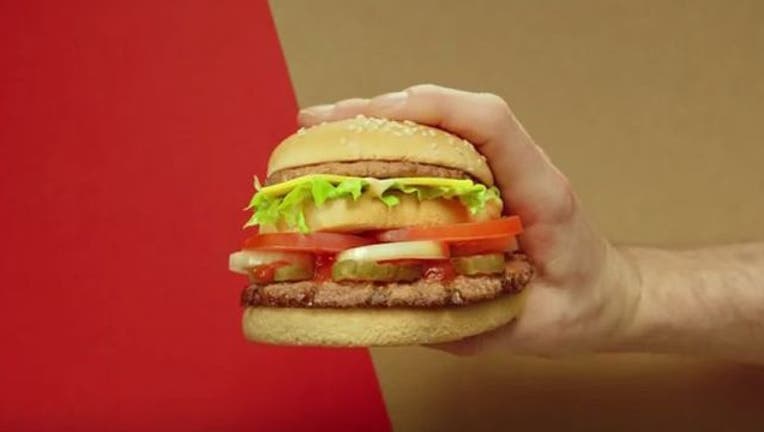 (FOX News) - McDonald's has said no way to a Burger King offer to join forces to create a "McWhopper."

In full-page newspaper ads Wednesday in the New York Times and the Chicago Tribune, Burger King said it's calling for a one day truce with McDonald's so that they can create a mashup of the Big Mac and the Whopper. Burger King says it wants to serve the concoction for a single day at a popup location in Atlanta, a midway point between the headquarters of the two chains.

The proposed mashup of the Big Mac and Whopper included elements of each, such as flame-broiled beef patty and a middle bun, according to a special website set up by Burger King.