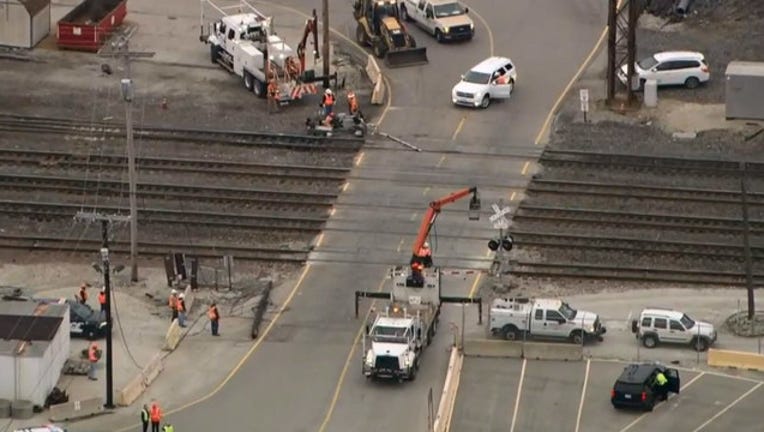 CICERO (Sun-Times Media Wire) - Metra trains from the western suburbs were operating with severe delays following a temporarily halting of the BNSF line that choked commutes during the beginning of Thursday morning rush hour.

Service for the BNSF lines was suspended shortly before 5 a.m. in both directions due to a freight train getting caught in the downed electrical wires and poles near Cicero, according to a Metra announcement.

“We haven’t determined if lines were already down or if they somehow got snagged,” said a Metra spokesman.

After 7 a.m., the tracks were cleared and trains began moving again — but with “extensive delays” for both inbound and outbound lines.

The delays come a day after the agency decided to condense its timeline for a major tie renovation of the tracks running between Hinsdale and Aurora, according to a Metra announcement. The project, which was originally slated to last three weeks, will now take place over three days from Friday evening to Sunday.