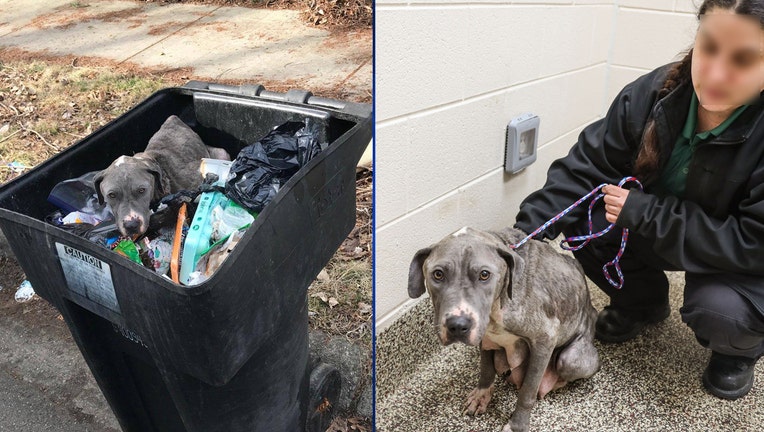 DETROIT (FOX 2) - The Michigan Humane Society is asking for tips after a dog was found in a trash can in Detroit.

MHS says the dog was found in the area of 7 Mile and Southfield in the early afternoon hours of Monday, March 9.

"As you can see in the photos, she is very thin and sadly we have been unable to locate her puppies," MHS wrote on Facebook.

An official with MHS says the dog is underweight by about 10-15 lbs. She's an adult female though they're not able to estimate how old she is.

They're asking anyone who recognizes the dog or has information about how she ended up in this condition to contact them at (313) 872-3401.