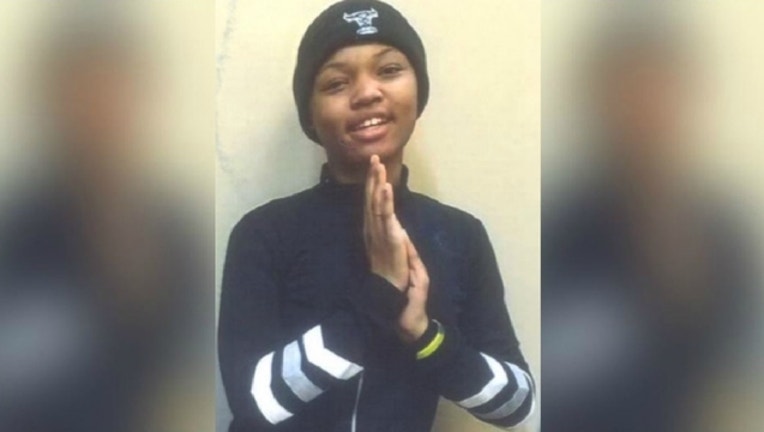 Eushauna Dotson-Powell, who also goes by “Shauna,” was last seen leaving school Thursday in the 8500 block of South Wood Street, according to a missing person alert from Chicago Police.

Dotson-Powell is described as a 5-foot-4, 120-pound black girl with black hair, brown eyes and a medium complexion, police said.

She was last seen wearing her uniform, which consists of navy blue pants, a white shirt, a black jacket with a white stripe and white and blue gym shoes with no shoestrings.