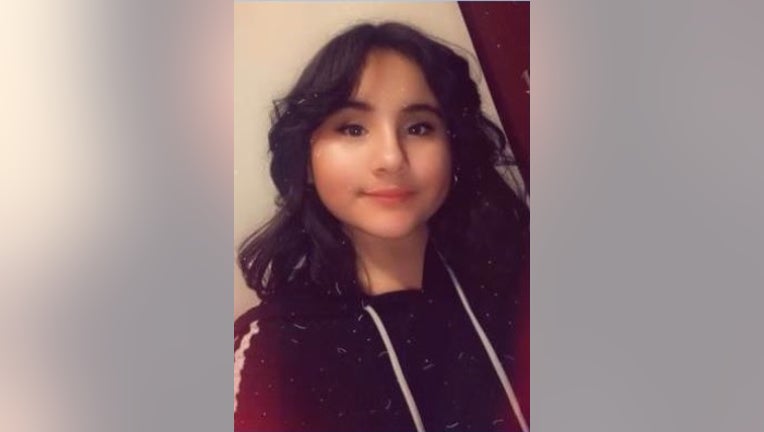 ELK GROVE TOWNSHIP - The Cook County Sheriff's Office is asking for the public's help in locating a missing 13-year-old girl.

Angela Chacon-Escobedo was last seen Saturday around 7 p.m. leaving her home in the 7500 block of Elmhurst Road in unincorporated Elk Grove Township.

The teen is described as standing 5-foot-1, weighing 130 pounds, having brown hair, brown eyes, an olive complexion and a left nose piercing. She was last seen wearing a black sweater, black pants and white shoes.