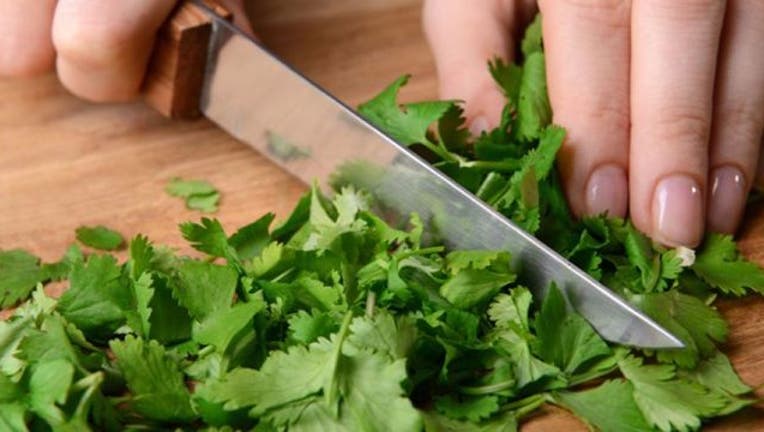 It's the fourth consecutive summer in which the intestinal infection cyclosporiasis has been reported in the United States. The U.S. Centers for Disease Control and the Food and Drug Administration are investigating the cause of the latest outbreak, which appears to have begun after May 1.

The FDA said it suspects the contamination came from "contact with the parasite shed from the intestinal tract of humans" in the growing fields, contaminated water or harvesting, processing and packing activities. It causes diarrhea, nausea and fatigue which can last several weeks to a month or more if untreated.

Preliminary results indicate cases in Texas and Wisconsin can be traced to cilantro from the state of Puebla, Mexico, which was supplied to restaurants at which some of those who became ill dined, the FDA said Tuesday in an updated posting on its website.

Georgia reported clusters of the illness to the CDC. Federal officials said people were sickened in 26 states but declined to name the others.

Previous U.S. outbreaks of the illness have been linked to imported fresh produce, including cilantro from the same region in Mexico which was the subject of a partial ban imposed by the FDA on July 27.

Cilantro imported from the state of Puebla was linked to outbreaks of the stomach illnesses in the United States in 2012, 2013 and last year, the FDA said.

U.S. and Mexican health authorities investigated 11 farms and packing houses in Puebla and discovered human feces and toilet paper in fields and found that some of the farms had no running water or toilet facilities, the FDA said. Problems were found at eight firms, including five that were linked to the U.S. outbreaks.

The FDA has imposed a partial ban on cilantro from the region, accepting it for import into the U.S. only from approved companies during the summer months.

"If you are concerned go back to the store and ask the retailer where they purchased the cilantro," FDA spokeswoman Lauren Sucher said. "If in doubt, throw it out."

Washing it or attempting to clean cilantro may not remove the pathogen that causes illness, although cooking at high temperature will reduce the likelihood of illness.