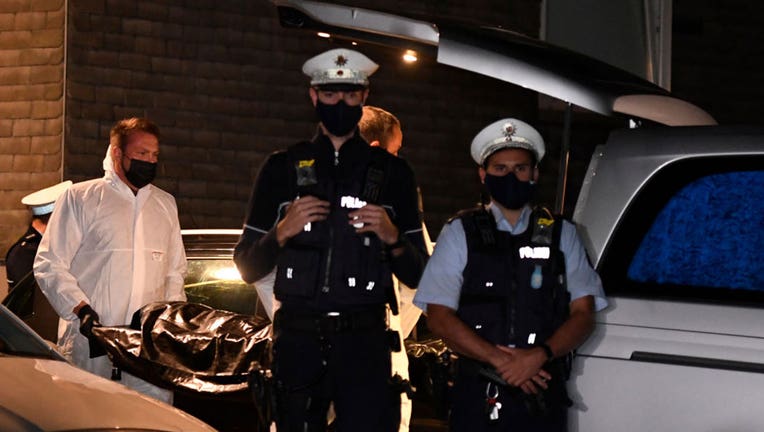 Employees of a funeral company carry a corpse to a hearse under the protection of police officers. A 27-year-old mother is said to have killed five children in Solingen. The mother, she said, then hit the tracks at the Düsseldorf main station, but su

BERLIN - German prosecutors said Friday they will charge a 27-year-old woman with murder after five of her young children were found dead at their home in the western city of Solingen.

Heribert Kaune-Gebhardt, a prosecutor in nearby Wuppertal, told reporters that postmortem examinations on the dead children between the ages of 1 and 8 showed signs of sedation and suffocation, but it was still unclear how exactly they died.

The woman sent a sixth child, her eldest, to stay with his grandmother Thursday before attempting to take her own life by jumping in front of a train at the Duesseldorf railway station. She suffered serious but not life-threatening injuries, and investigators have not questioned her yet, officials said.

PASSENGERS FINED $1,000 FOR REFUSING TO WEAR MASKS ON FLIGHTS

The killings have caused widespread shock in Germany. In Solingen, an industrial city about 20 kilometers (13 miles) east of Duesseldorf, candidates suspended their campaigns for an upcoming regional election. A protest against the far right scheduled for Friday was replaced with a memorial event on city's the main square.

“Our authorities will do everything to investigate this case,” North Rhine-Westphalia state governor Armin Laschet said. "The thoughts of very many people are with the family, the grandmother, the surviving boy and everybody who is affected by this event."

Wuppertal police said the children's grandmother, who lived in another city, alerted authorities about a possible crime shortly before 2 p.m. (1200 GMT) Thursday. Officers who arrived at the family's home in Solingen within minutes forced open the door and found three girls, ages 1, 2 and 3, and two boys, 6 and 8, dead in their beds.

There were no signs of physical violence, said Marcel Maierhofer of the Wuppertal police force, who is leading the homicide investigation.

Investigators have so far determined that the woman's 11-year-old son left for school as usual on Thursday morning. His mother later picked him up from school and told him to go to his grandmother, Maierhofer said.

The woman sent her mother a message stating that she “couldn't go on” and cited marital problems with the 28-year-old father of her four youngest children, the investigator said.

“About the motive, we can only speculate that the underlying reason emerged from the broken marriage," Maierhofer said. “The couple had lived separately for a year.”