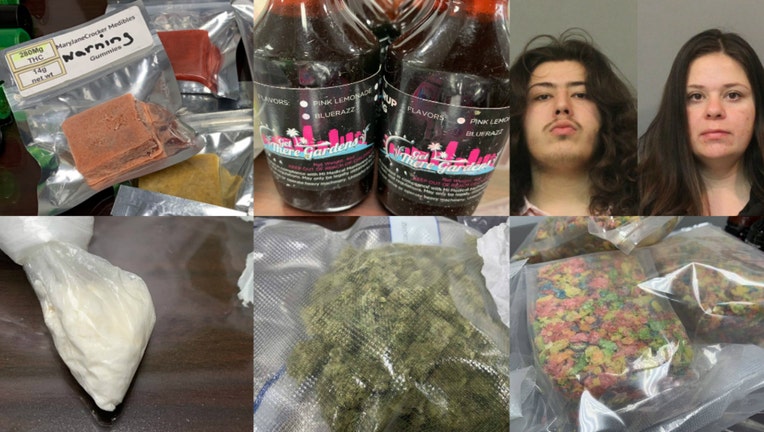 DYER, Ind. - A mother and her son have been charged with distributing marijuana, edibles and other drugs from their home in northwest Indiana.

The sheriff’s office said an eight-month investigation led them to a home in the 8200 block of Columbia Avenue in an unincorporated area near Dyer, less than a mile from an elementary school.

Authorities said they found cash packaged in ways similar to other drug trafficking investigations. They also found drugs labeled with stickers suggesting they would be sold to medical patients, the sheriff’s office said.