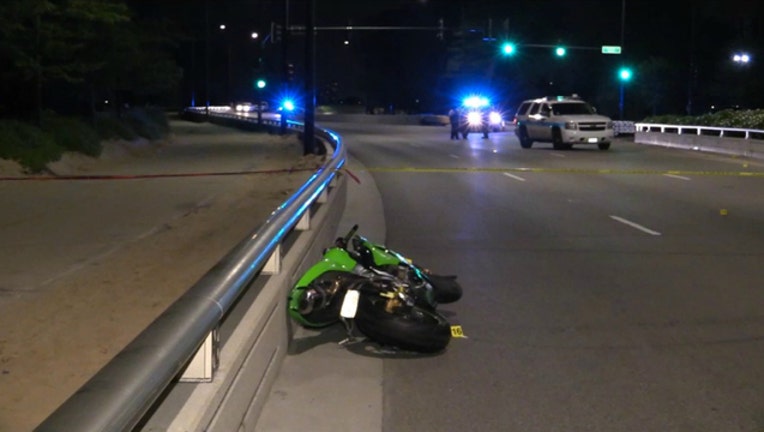 A man was killed in a motorcycle crash on Lake Shore Drive in the Hyde Park neighborhood Monday night. | Network Video Productions

CHICAGO (SUN TIMES MEDIA WIRE) - A motorcyclist was killed in a single-vehicle crash Monday evening on Lake Shore Drive in the Hyde Park neighborhood on the South Side.

Kenneth Middlebrooks, 23, was driving a motorcycle northbound in the 5700 block of South Lake Shore Drive when the bike struck a wall about 8 p.m., according to Chicago Police and the Cook County medical examiner’s office.

Middlebrooks, of the 2000 block of Dogwood Trail in Merrillville, Indiana, was taken to Northwestern Memorial Hospital where he was pronounced dead at 8:41 p.m., according to police and the medical examiner’s office.

No other injuries were reported. The police Major Accidents Investigation Unit is investigating the crash.