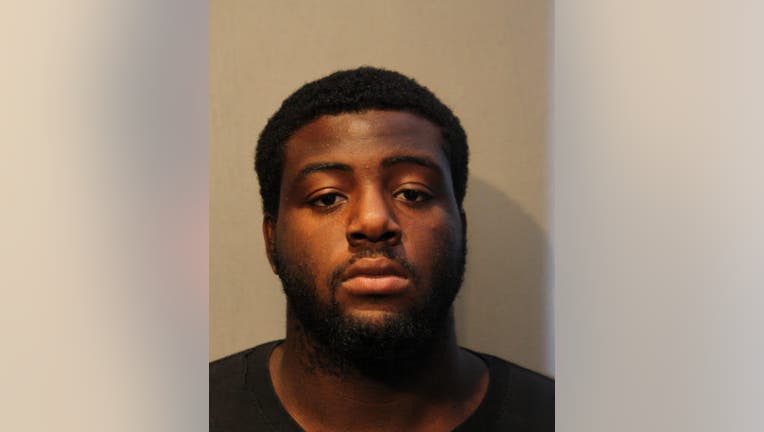 CHICAGO - A man is facing felony charges in connection with a fatal shooting last month in Washington Park.

That day, Doll’s girlfriend and his ex-girlfriend had been arguing over Facebook Messenger and were planning to fight, prosecutors said. His ex-girlfriend traveled downtown and met up with a group of four other people.

As the group rode the train back to the South Side, the two women continued their argument via online messages, prosecutors said. The group got off at the Garfield Green Line stop, where Doll had driven up in a car with his current girlfriend and three other people.

Having heard of the fight, the mother of one of the women tipped off police to the situation, and officers stationed at the stop dispersed the groups, prosecutors said. Doll drove off, and Brown and her 8-year-old niece met up with Doll’s ex-girlfriend and the others as they came down from the train platform.

About 4:40 p.m., the group ended up in the 300 block of East 56th Street and as they were standing on a corner, Doll, his girlfriend and two other people walked up to them, prosecutors said. Doll’s girlfriend started arguing with several women in the group.

Doll stood back as the women argued, but then walked into the middle of the street, pulled out a gun and fired seven times at the group, prosecutors said.

Brown was struck in the back and taken to the University of Chicago Medical Center, where she was pronounced dead, prosecutors said.

Video of the incident shows Brown walking into the street and opening fire with no one else around him, prosecutors said.

He was arrested July 16 in Iowa and extradited to Cook County on Tuesday, prosecutors said.

Brown was ordered held on no bail at a hearing Wednesday and is expected back in court Aug. 18.