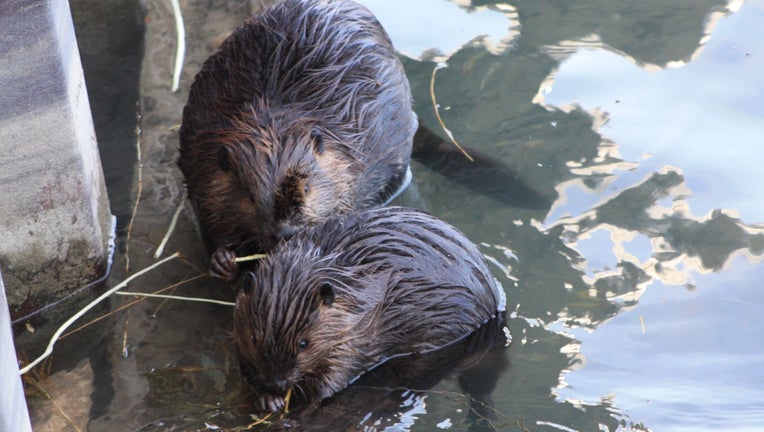 EVANSTON, Ill. - There’s a mystery behind the deaths of three popular beavers that made their home at the Evanston campus of Northwestern University.

"They were getting regular visits. A lot of people in Evanston were excited about them," said Margaret Frisbie, director of Friends of the Chicago River.

When the beavers were found dead recently, their bodies were too decomposed for veterinarians to test for a cause of death, Northwestern University spokesman Jon Yates said in an emailed statement.

It’s unclear if there were any surviving beavers. They reportedly began living on campus in 2018. "We plan to work with the county in the future should this unfortunate situation occur again," Yates said.

The beavers had likely migrated from the Chicago River and settled around the Lakefill on campus, according to Frisbie. She said beavers are making a comeback in the Chicago area.

"There’s some real enthusiasm about beavers. Beavers can have real impact on their environments, particularly in rivers," she said.

But despite their importance in the ecosystem, beavers are considered a nuisance by some because they chew on trees and dam up running water, Frisbie said.

In nearby Glenview, one of the community’s beavers was recently found dead — and some feared it was been killed.

"There was speculation they were poisoned," Rachel Siegel, a founder of Glenview Beavers Fan Club and the president of the Illinois Beaver Alliance.

The beavers had made enemies with a nearby homeowner association after chewing on the local vegetation, Siegel said. Someone had even made a group on social media calling for the killing of the beavers, she said.

"They are controversial and the homeowner association wished they would go away. But if they had just wrapped their trees, the beavers would be harmless," Siegel said.

Beavers are an "urban success story" and a key to combating the effects of climate change, Siegel said.

"Pre-settlement, North America was teeming with beavers — with ten times what he have today. Because of that, rivers were different then, a complex river wetland corridor. But we’ve lost 80% or 90% of our wetlands since then," she said.

And then hunters nearly trapped beavers out of existence, followed by farmers who pumped away water from the wetlands, she said.

"And here we are in Illinois, we want everything to be predictable so we don’t tolerate the ecosystem engineers [i.e. beavers]. But with climate change we’re getting more rainwater in shorter and more intense bursts. And our water infrastructure isn’t made for it," she said.

Although beaver dams create a level of uncertainty in our water infrastructure, they slow the flow of water and lessen the risk of flooding, she said.

"Our river system is designed to remove water from the area as fast as possible, but a slower system (created with the help of beavers) with many channels and wetlands would be healthier," she said.

Providing spaces for beavers to thrive would go a long way toward restoring that ecosystem, Siegel said. "If humans learned to live with beavers, we’d solve our problems."