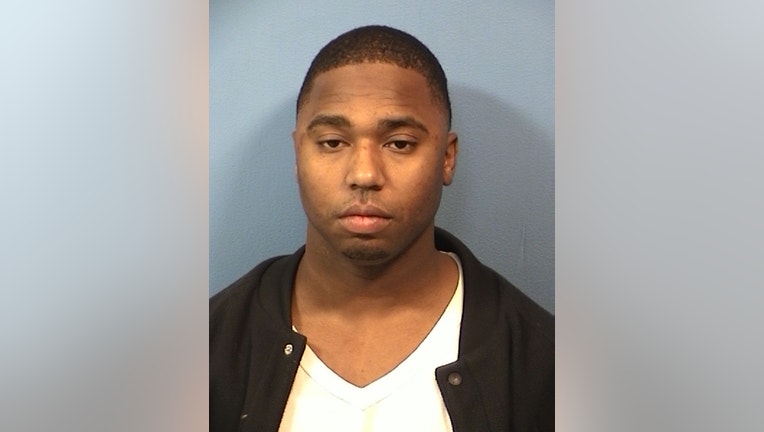 DOWNERS GROVE, Illinois - Naperville resident Tarandle Lee, 42, is charged with helping to rob a bank in Downers Grove of $14,000.

Downers Grove police said an accomplice walked into the credit union on April 14 with a cardboard sign saying "large bills 100s 50s stay calm no gps no dye pack." Then police said that accomplice went outside, got on a bike, and rode a few blocks, where he met up with Lee, who was allegedly driving a getaway car.

The car was located the same day by Bellwood police, who allegedly found Lee in the driver's seat.

Lee was in court on Saturday on one felony charge of financial institution robbery.