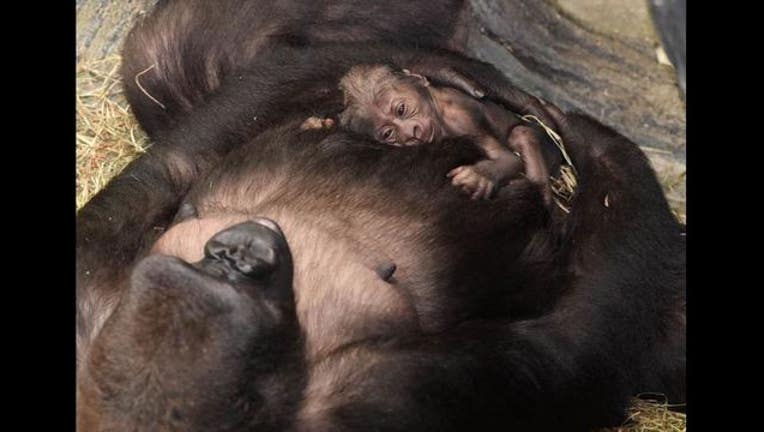 Kamba, 11, gave birth Wednesday to Zachary; and mom and infant can be seen at the zoo’s Tropic World: Africa habitat, according to a statement from the Chicago Zoological Society.

The baby weighs between 4-5 pounds and is clinging tightly to Kamba’s abdomen.

When Zachary is 3 months old, zoo visitors will be able to see it riding its mother’s back with the baby boy’s white rump tuft signaling baby on board, according to the zoo.

Other gorillas at the exhibit include Kamba’s mother, Koola, 20; Kamba’s sister, Nora, almost 2; Binti Jua, grandmother of the infant; and Jojo, the baby’s father.

Jojo moved to the western suburb from Lincoln Park Zoo on the North Side in 2012, based on a breeding recommendation.

“Having Jojo come here has been a great success story and demonstrates the collaboration among the zoo community to effectively care for this critically endangered species,” associate curator of primates Craig Demitros said in the statement.

Jojo has been very playful with his daughter Nora, he said.