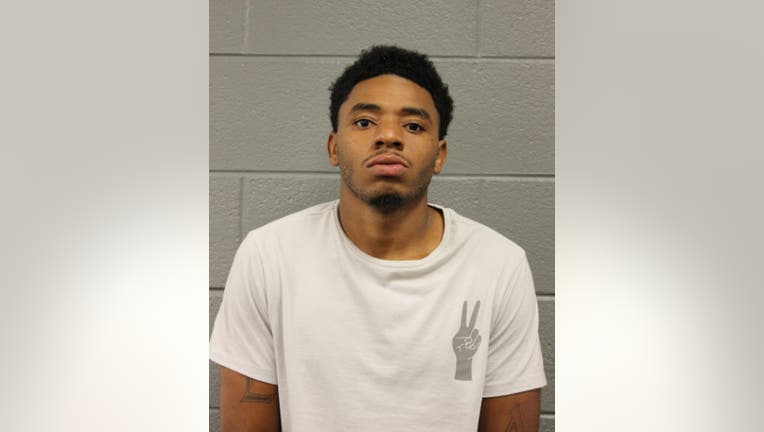 CHICAGO - A West Garfield Park man on parole for a gun offense is accused of shooting three people, one of them 73, after being told to leave a Humboldt Park home.

Joseph Johnson, 28, was escorted out of the home Wednesday after a dispute, but reentered shortly after armed with a gun, Cook County prosecutors said Friday.

Johnson confronted one of the men again and said, “Sorry, but I had to do this,” before shooting him in the hip, prosecutors said.

The 73-year-old heard the shot and entered the front room in the 1000 block of North St. Louis Avenue, where Johnson allegedly shot him in the torso, prosecutors said.

Another man tackled Johnson to the ground, but the gun went off during the tussle, injuring the man, prosecutors said. The man allegedly disarmed Johnson and held him until police arrived.

The three men were hospitalized and all expected to recover. Police recovered four shell casings from the scene and a Smith & Wesson handgun.

At the time of the shooting, Johnson was on parole for a 2017 conviction for unauthorized use of a weapon.

His attorney said Johnson was acting in self-defense since his life was allegedly threatened. He has two children and is a graduate of Roberto Clemente High School, the attorney said.

Judge David Navarro ordered Johnson held without bail on charges of home invasion and aggravated battery with a firearm.