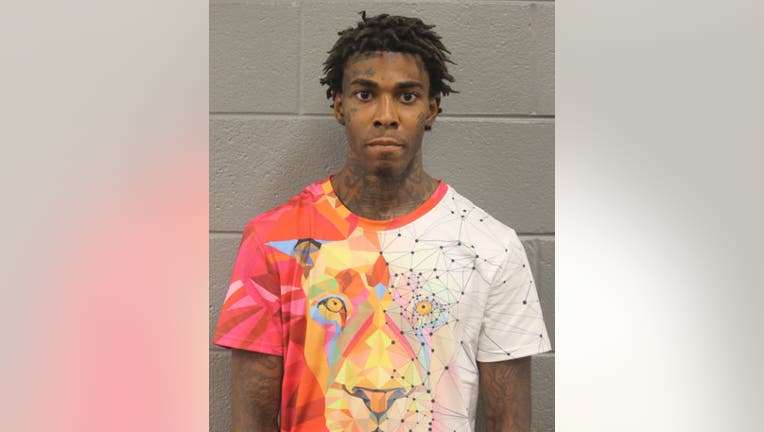 CHICAGO - A local rapper allegedly told detectives he thought members of his own gang were going to kill him, so he fired his gun off to scare them.

But 25-year-old Jermy Terry ended up shooting and killing an innocent bystander instead on May 16, Cook County prosecutors said Friday.

Terry, who goes by the name of “Tiga Sane” and is seen in numerous YouTube videos holding guns, said he only wanted to send out “pop shots” in the air and didn’t mean to shoot 32-year-old Jerry Montgomery, prosecutors said.

Terry allegedly said there was a hit out on him and he thought his fellow Insane Vice Lords were going to “snake him,” prosecutors said.

But video footage of the shooting in Austin paints a different picture, prosecutors said.

Terry was captured on video that night on the corner of Leamington Street and Monroe Avenue, peering down the street at two fellow gang members standing near the entrance to a lot, prosecutors said.

Terry waited at the corner for a few moments before allegedly pulling out a gun with an extended magazine. He then hid the weapon behind his back and adjusted his hood before popping out from the corner and firing several rounds down the street towards the two men, prosecutors said.

Montgomery, who happened to be walking down the sidewalk towards Terry, was directly in the path of the bullets and was struck in the chest in the first block of South Leamington Avenue, prosecutors said.

Video footage clearly show Terry’s face — which detectives recognized — as he ran with the gun through an alley, prosecutors said.

Terry was ordered held without bail for Montgomery’s murder. He is expected back in court Sept. 10.