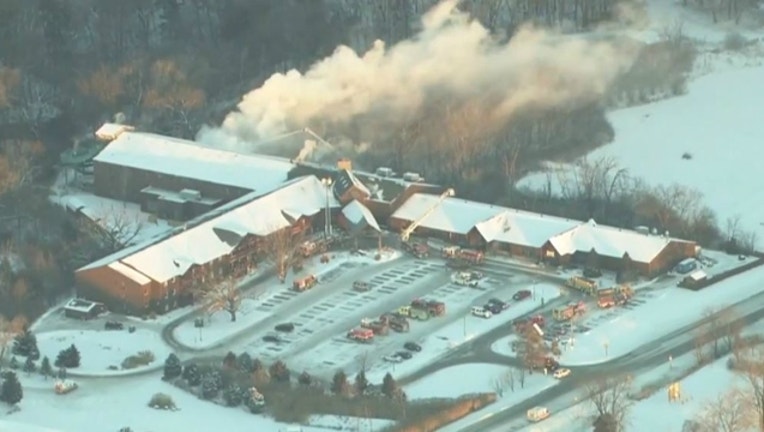 UTICA, Ill. (AP) - Officials say no one was injured in a fire at a resort near Starved Rock State Park in northern Illinois.

The cause of the blaze is under investigation.

LaSalle County sheriff's officials say the fire was in the main lodge and pool area at the resort in Utica, about 90 miles (150 kilometers) southwest of Chicago.

Utica's fire command requested salt trucks because of ice at the scene, where the temperature is hovering around minus 11 degrees (-24 Celsius).