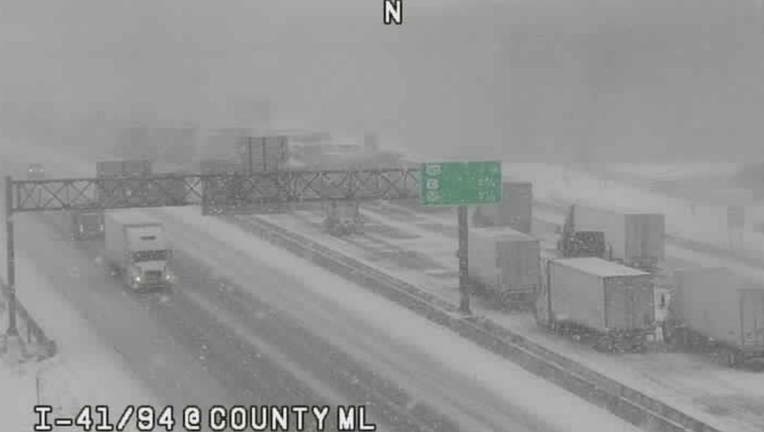 A road camera shows the northbound lanes of I-94 shut down near the Illinois-Wisconsin border. (Wisconsin Department of Transportation)

Northbound Interstate 94 was shut down less than a mile above the border shortly after 8 a.m., according to the Wisconsin Department of Transportation.

Authorities worked to clear several crashes and lanes were reopened by 10:15 a.m., according to an Illinois State Police spokesperson.

Nearly 5 inches of snow fell on nearby Lake Zurich in the last day, according to the National Weather Service.