Search for woman who punched boy

The NYPD says a woman punched a two-year-old boy in the face aboard a subway and fled.

NEW YORK - The NYPD is on the hunt for the woman who repeatedly punched a two-year-old boy who was sitting on his mother's lap aboard a subway car in Manhattan.

Police released photos of the woman wanted for the assault in East Harlem on Feb. 20 at about 3 p.m.

The northbound 'C' train was entering the 116th Street subway station when the woman struck the toddler in the face multiple times, police said.

The NY Post reports the suspect was asking passengers for money when she approached the mother who told her she was too close and to stay six feet away. The woman continued to step on the mother's foot and then punched the boy, added the Post. 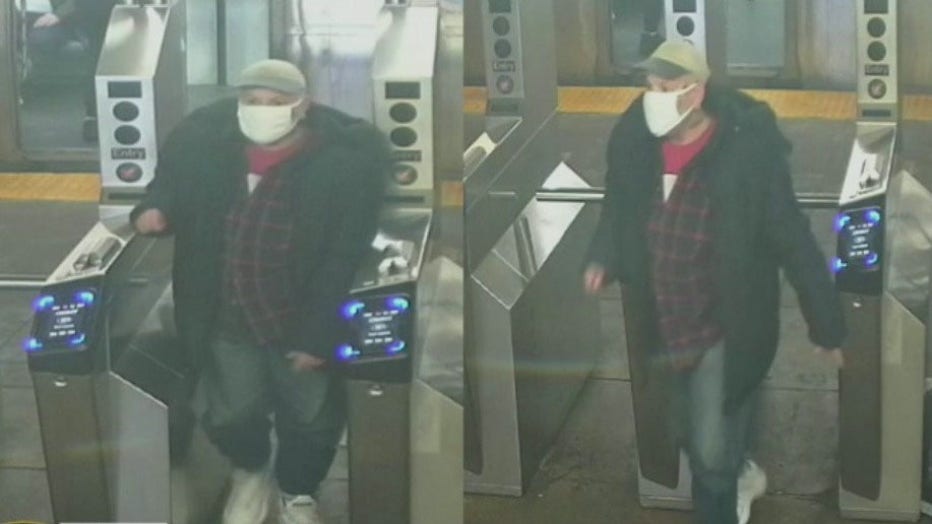 The NYPD is looking for the woman who punched a boy, 2, aboard a subway car in Manhattan. (NYPD)

The boy suffered redness to the face and was taken by ambulance to Mount Sinai Morningside Hospital for treatment.

Cops released photos of the suspect wearing a white face mask, a beige baseball cap, a plaid shirt, a black coat, and jeans.

Anyone with information in regard to the identity of this individual is asked to call the NYPD's Crime Stoppers Hotline at 1-800-577-TIPS (8477). The public can also submit their tips by logging onto the CrimeStoppers website at WWW.NYPDCRIMESTOPPERS.COM or on Twitter @NYPDTips.